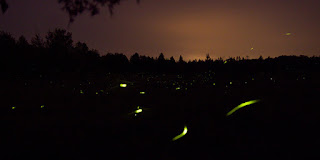 My former friend and neighbor, Allison wrote this and posted it on Facebook recently:

"I haven't worked full time for about 12 years. It was part time, then freelance, then run own business, then school, then more freelance. Full time this week has taken a village to pull off. Thank you all for helping. Starting 30 hours next week till Mid-June. I'm in awe of parents (and jeez, single parents) who do this all the time. And how the heck did I do it before? With toddlers? It feels like there has to be at least one parent in the household with flexible time to deal with the million things you have to do for kids/house/life. This week I've been feeling so much empathy for the working poor as my list of things I take care of during business hours fell off the schedule and onto my worry list. And low-paying jobs are the least flexible. Want to take care of that parking ticket/doctors appt/teacher meeting? Those things happen during the day and they require more than a lunch break. At best, it's time without pay, at worst lose your job. Another way being poor makes you poorer as fees accrue, and the high price of convenience makes planning impossible."

I've been lucky enough to have a neighborhood filled with families who have kids of the same age as mine, all of whom have grown up together like cousins. The parents have a Facebook group to coordinate support and keep track of where they all are, and I'll tell you, it's been invaluable to know that my children can show up on any doorstep and be fed, watered, and kept safe. It's delightful to return the favor when one or more "cousins' show up to raid the pantry or play in the backyard. It was incredibly important to have this support when I was taking care of two small children and a dying mother, while working full time with a husband who was working and finishing a PhD.

I'm often surprised we survived at all.

Allison is right that it's almost nearly impossible to run a household, take care of personal, business, and family needs, offer true attention to your children and help them thrive all while both parents are working a full time job (or more). It's a relentless and constant race to keep up without letting that one important plate crash to the ground, and they all seem important.

There is something SO wrong with that system and that system is neoliberalism and capitalism. And I'm in it and I suspect I"ll be in it and not much to be done, but damn if I don't want things to be different FUNDAMENTALLY.

Here's the thing. Machines can do the same thing over and over day in and day out and not need rest or breaks or emotional support. They are efficient and they are industrial and they cannot ever EVER be the model for human systems. Humans cannot do the same thing over and over. They DO need rest and breaks and my god the emotional support people need. Or maybe that's just me?

We are often extremely creative creatures, but often very inefficient because creativity doesn't work on a machine's time table. Creating is not a straight steady line.

Machines have the same day, so far as we know. Humans have bad days, grumpy days, need to pay a tax bill, need to take kids to the doctor (mine are BOTH quite sick right now and thank god my husband can be there today).

Women, have generally served as the home and family caregiver and it was a full time very important role. And not just for having kids. Some people don't have kids, but everyone has aging parents, or a sick partner, or their own illness. Life has been so potentially bumpy that it's been really important to have someone who can be at the home taking care of things. It's so important of a role that women entering the workforce was seen as a revolutionary act in both directions. People fought for it and against it (still are actually).

Feminism of course is vital and important. Women are human beings. That's not even a section of the system I want to get into. The one thing that I've felt has been perhaps...negative...about women working full time is that men have not necessarily been as free to become at home caregivers. Women have adapted into the working world (which of course they always were working both at home and in many other ways), but men haven't had the cultural approval to "just" parent. The economic market has certainly not supported one person staying at home.

We are a duel income (and some times more) society and most folks working full time jobs still can't make ends meet as salaries have not matched cost of living.

The system is just built wrong. Well, it's built wrong for most of us. It's built pretty darn good for the ones reaping the financial rewards at the top of the heap.

Allison's post describes perfectly how chaotic my life feels most of the time and I am married to a very non-traditional man who has a job with more home flexibility and I myself have had jobs with more home flexibility. I never feel caught up, I always feel lacking as a homemaker and parent because I'm at work, or I'm trying to run faster and faster to achieve...something.

All of that but I'm privileged as hell. As hell. I'll say it again, I'm goddamn privileged in this ridiculous system and it's still exhausting, demoralizing, and confusing often enough that I wonder how in the hell anyone ever thought "Lean In" feminism was a good idea.

It's a total racket. Now, again, I don't mean the feminism part. All human beings deserve equal rights, ability to earn income equitably, not to be discriminated against or held to arcane cultural standards about roles.

I mean the lean in part. If I leaned in more and became some high powered high paid Whosiwhatsit CEO do you know what would have to happen? I'd have to hire people, other women more often than not, to take care of my house, my bills, my errands, my kids, my life.

But then who takes care of their houses, bills, errands, kids, and life? How hard then do they have to lean in to hire help. And what about that help? Who helps them?

Do they read Lean In and just work more? Do they watch Oprah and assume they don't "believe" in themselves enough to "attract" wealth?

Leaning In seems like a grand illusion to me. Meanwhile kids are growing up, doing wonderful things. And there are meals to be cooked, deliciously. And golly, lying in the dusk in the spring grass while a firefly parade bounces through the yard seems really fucking important.

There was a full moon last night, too.

I know that have odd skills. Here they are:

Pretty much I can get on stage, channel some kind of strange energy (I'm sure there is perfectly mundane explanation for it but it feels energetic) and hold a powerful space.

I can make people laugh, I can see the joke and moment that takes the hard thing and humanizes it, and see the power in story.

I also can listen very well and give people goodness about themselves.

I pay attention to the humans IN systems, and while I can see the systems, for me it's the humans that matter most.

Finally, I write rambling posts about things I think about and people seem to like them.

Right now? I'm thinking about those skills of mine and how to use them in the world-hard. And about art, revolutionary ideas like empathy, love, connection, slowing down, embracing the skills you have even if they aren't "valued" the same way other skills are-like making money (which...well money is necessary, it's unregulated net-liberalist capitalism that is stuck in my craw right now and I suppose I should get over some of my feelings enough to take care of my family but you get my point yeah?).

That's about the only thing I'm leaning into, right now, is me, and as for the rest of the illusory racket?

I'm leaning out, at least far enough to see the fireflies and the moon.