The Year Of Living Differently-How? 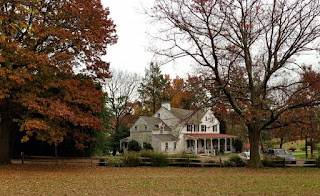 You may be asking yourself, Julie? What is this year of living differently? What does it mean? Why is it for? How does it work.

A year ago or so I posted this:

Ok. So, at that point it had been clear for a while that how I was living wasn't really always working well for me (and for us if I were to speak for the entire family eco-system which this blog does not) and I wasn't taking such good care of myself and I was seeming more successful on the outside than I felt on the inside.

And often, when I feel that way, (which is often part imposter syndrome, part only child perfectionism that manifests in half-assedry, and part lingering grief and probably unhealed various traumas from my past and god knows what else) I have in times past done this thing where I'm like, "You know what? I should start raising chickens and painting or maybe farming and throwing pots, I'll meditate and be still." Which is mostly a symbol/fantasy for this idea that there are different ways to be in the world.

The problem is of course, that I don't have any dextral art talent whatsoever, and I mean it, I mean my attempts at painting or sculpting have been LAUGHABLE and I just lack whatever that neurological alchemy is that makes perspective happen or see varying shades for coordination and impact and my god I can't even make a cube out of a BabyBel cheese wax.

Also, I don't hear what plants say. Some people do. Like my mother in law who can basically create life out of dust and spit and a few seeds. At this point, she may not even need the seeds, she's so good.

We have a lot of amazing room in our new backyard and we moved in and I had all these ideas and now I go out there and look at them for 5 minutes and get overwhelmed, and then just go back in the house to post political rants on FB. I'm sure the plants are screaming WATER ME!!!!!!!

Also I hate meditating so far as the traditional methods go. I don't pray well. I have ADD and sitting still is BO-RING.

In any regard, the post I posted a year ago was just that, the beginnings of an examination of living differently and of course we went to Oregon over the holidays and decided to move.

And then we moved. And now we are living...the same?

I mean, I get up do my thing and go to work, I am producing BPC shows, and going to conferences, I'm reaching out and getting involved and and and other than the location? Is it different?

Is it that hard to change patterns? I mean, the self care stuff has been relatively easy (oddly), but I'm very aware that the "different" part, the really living differently, might just be some kind of inner issue on my part. Though I will say going from a region of two million to under 200,000 is different.

There are no farm animals (except the cows down the street). There is no me in a cardigan and boots, strolling placidly through the fields tilled just yesterday whilst the dogs abound and I pen jots of poems into my moleskin. No inner quietude.

I have a hard time being quiet.

But then, I always did.My first grade report card notes that I talked too much. I was always reaching out, getting involved, performing, doing my thing.

My thing is my thing and honestly the time I feel the most "flow-space" the times I get into some kind of meditative groove where the focus is both acute and blurred, peaceful and solid and sure is when I'm performing or producing an event.

And yet...those are the moments that then give me fits afterwards, as if I've exposed too much, spent too much energy (and a weird kind of energy as well, unnameable and deep) and then it's like I've robbed Peter to pay Paul and I wind up, especially after a few months of said activity) and I think..I should just GIVE IT ALL UP Because isn't that meditative action supposed to nourish you? Why does it then feel like a drain? Or maybe I'm just getting old and need two days to recuperate for any given event.

At the point of throwing my hands up in surrender, my brain will then begin hosting a wide variety of romantic barnyard fantasies about living differently. Of course, over the course of this past year we have, I have, made those motions to differently live. We are, I am, living in somewhat different ways, with different patterns and rhythms and flavors.

I mean, I dreamed about Migas last night, y'all.

So maybe it's like water over stone, and the differences will build up. And maybe too much change would be detrimental to the cause. It could be I don't have the temperament for isolated life. Prayerful pilgrimage on some mountain side where I sit and poetical myself into wisdom? Nah, running around downtown and rallying against injustice with others for me, please.

Maybe I'm just supposed to find it another way, that peace. If I'm set in certain ways which wind up being doubly rewarded by natural talents what's wrong with that? Perhaps I simply would rather support those who live that wild romantic life while I live figure out my own.

I still think it would be cool to have chickens. Or a dog. Dogs are pretty awesome.

And thankfully, the weather here in this different state will support a cardigan and boots. I can always walk with the cows down the street.