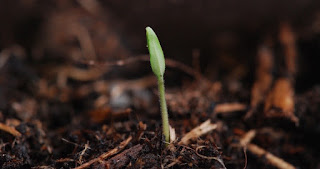 It has been a long time since my last post. I'd like to chalk it up to some sort of winter germination, but I've just been busy and sometimes when I get that busy, I don't take a lot of time for self-reflection. Sometimes, when I'm doing a lot of work for others, producing or holding space let's say, I don't do a lot of performing for myself.

Roundabouts January sixth, I posted that I was launching a freelance business of sorts. I attracted some incredible folks, and got started managing several social media accounts, consulting around storytelling for documentary, and helping two fantastic theater companies. While that was going on, BedPost Confessions has been growing and experiencing some pretty rich changes. And then that lead to a full time job at an incredible company, Production For Use, which offers a wide variety of consulting services for films in development-from social media management to Kickstarter Advising, they are truly producers for hire, and damn nice people to boot.

All in all? It's been a little wild. Through the winter (what passes for winter here in Austin, at least), I've felt a little stunned, surprised, and amazed both at where I've landed and the goodness of the people I'm working with. Between supporting the stories that come out of BedPost and (un)Spoken, consulting with theaters and promoting their work, and now being a part of a team that gets films out with real impact?

I feel like a veritable midwife, and truly lucky.

In all of that wonderfulness though, sometimes I forget to find time for myself and to do my own work. It was delightful today when I went out to a Garden Party at The Vortex, and got my hands in the dirt, smelled beautiful new blossoms, saw some brand new babies, and played with goats and chickens and rabbits and pups. Played

The sun was gentle, music was jovial and free, jazz punctuated by baby goat cries and ducking peeps. My lungs were filled with the breath of spring-soil, pollen, soft sweat, and green leaves.

A good friend asked me when I was going to do my own one-woman show. I asked her in all earnestness, "Oh, god! What is it about?" She laughed and said, "That's up to you." I was reminded suddenly of how little I've been writing. How little I've been creating outside of creating space for other creatives to create. There is a generative cycle that needs to be respected and I'm not sure how I'll find the time, but I think I should try.

My question is how? How do you out there (my friends who do both) balance the generative and restorative, the production with the performance, the holding space for others with having room to create?  Or do you, can you, see it all as two sides of the same coin?

My father once wrote a book called Teaching As A Performing Art and I wonder if Producing is also an art on it's own, though one of working with people, places, and things to create a big outcome that can reach so many. He had his own challenges with the balance. He taught and he created music. He swung between those two poles and perhaps at the detriment of both. Perhaps not.

He was a beloved professor (that much is still true-I get emails from former students who learned from him in the 70's) and a well-respected composer (his music is still played), but was his life a divide? Old letters of his show that the two sides pulled at him and he struggled-when he wrote he longed for teaching, when he taught he heard the song asking to be written. He felt depressed over it and was filled with self-doubt. Maybe it's about accepting that some of us don't have one thing to do and that's ok.

No matter. I'm not sure struggling between poles ever gave anyone anything but whiplash.

So here's to spring, to creating in all possible ways, to generative action and whatever results that action may bring.