The Year Of Living Differently-Self Care 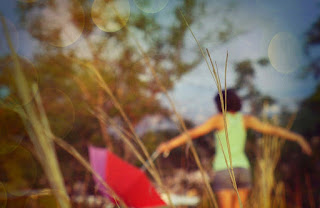 I hate the phrase self care because it sounds, to my ears, pretentious. Or entitled. Or...I'm not sure. Mostly it's because I learned somewhere if I was the one to do the caring of the self, that it didn't count for much. I was trained early to help others and not get much. It's a lesson that stuck.

Put your oxygen mask on first right? Nope, not me. I'd be running around the plane passing out while smashing O2 masks onto strangers. Maybe not. That's a bad example. I might have enough self preservation and pure fear inside me to be like I'M FIRST.

But self care sounds either like something you have to do if no one else is around to help you, or it sounds like something that is costly, like a spa trip, or grooming experience that the upper 5% percent consider a necessity. Like paying someone to dry brush or exfoliate you. Which I have done, just saying.

All this to say, when I was living in Austin, especially after my mother died, I was not taking care of myself in a lot of very important ways. I had no patience with my body and it's needs. I didn't drink enough water. I ate strangely and at odd times, even if I wasn't hungry. I certainly slept poorly, but wanted to sleep all the time. I drank, not even to excess, but with need. Need, you know? She knows. This was a great article about women and drinking.

There were some other ways I wasn't taking care of myself and most of those were about emotional boundaries. And about the "why" of what I was doing, and that goes for activism, performance, work you name it.

I'm pretty nice most of the time. Very diplomatic. I often am angry though. That probably means I'm not saying things that I'd prefer to say, not being pushy with people I should be pushy with because my needs are important.

I find I have a lot less patience for that since I've moved. It might be the altitude. It might be that patterns are stripped away and so I'm like..WAIT WHAT?

So self care. I've decided that the core pieces of self care are enough water, enough sleep, vitamins, and some near-daily type of physical activity. And dry brushing. Because I heard somewhere that's good for your lymph system and it sounds like something one would do on the west coast.

All I have to do is do those things, and check them off-no amounts, no goals, just awareness that they've been done or not.

It's a nice little routine and interestingly I've been seeing some changes I didn't expect. Like my arch and ankle pain, that's been plaguing me, has lifted. I mean...it could be the daily walking or it could be I just broke something in my feet during the move because there was one day when I thought I might fall down my arches hurt so bad. Who knows! It's a win, either way!

I like knowing I'm drinking more water. That feels good.

I have found a sweet spot for sleeping. I think everyone in the house is sleeping differently, and I think it's good. Isn't that strange?

I will say it's plain easier to exercise here because we run between 10-40% humidity and it cools off into the 60's each evening. And there are a lot of trails, as I've mentioned. And they are beautiful. The walking is beautiful.

I can see that taking care of myself is a good thing, but I wonder just how far afield I got. How I got there. Why. It's probably going to be a long reclaiming of the body, from a place of distrust and abandonment to living it fully and with abandon.

But I still like to drink. I'm ok with that.