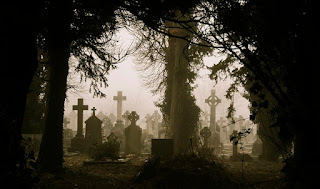 A while back there was a very good post in HuffPo about things not to say when someone has experienced a great loss. The article was specifically discussing death, because death loss has a very particular feeling and pain to it. Grief can be found in losing other things, most certainly, and it's real, but this article really moved me because we, as a culture, don't talk about death other than to cover it up.

The article lists things not to say, 8 of them, to someone experiencing deep grief such as


After my mom died, people told me that Mom would hate to see me carrying around such pain and that, to honor her memory, I should stop being sad. It's true that I can't think of a single time when my mom said to me, "I see that you're super sad, and I think that's awesome!"

Sure, Mom liked to see me happy, but for a period of time after she died, I simply couldn't be happy. When you love deeply, you grieve deeply. Grievers need to be sad in order to get to the other side of grief.

2. "Focus on all the blessings in your life."
While this message is optimistic and all, it's not really what a grieving person wants to hear when his world has just been shattered. I mean, I get that it's better to concentrate on the positive than the negative. Nevertheless, even if a griever appreciates the good things in his life, that doesn't change the fact that he's reeling from a monumental loss. Therefore, when someone is newly grieving, he likely won't feel like yelling from the rooftop, "Hey, look at lucky me!"

(and my personal least favorite)

I agree those things aren't especially useful things to say, but then again, for some people they might be. More importantly, I think we need to consider WHY people say those things. My thought is its because we don't know what to say instead, and we feel extremely nervous and vulnerable about saying anything at all. We create verbal rituals to pass the difficult moments, which often make the moments longer and harder. We create verbal rituals also to protect ourselves (magically) from death coming near us. Many of us are highly rational atheist types, but I see this kind of "Defense Against The Dark Arts" kind of magical thinking all the time. It shows up a lot in victim blaming, but also around difficult transitions like deaths, divorces, job loss, and illness.

Why not talk about death more and get used to sitting with people in their difficult emotions? It's hard, I'll say that. I've experienced how hard it is on both sides. I've lost a father early in life, several dear relatives in my teens, a boyfriend to suicide, and my mother over a long slow lingering battle with Alzheimer's. I've not known how to share my stories and felt awkward when I did, like I was that weird kid at the party with TMI. I also was comforted in the weirdest of ways by people with good intentions but who didn't help much.

Mostly, its simply that I wasn't sure how to asked for what I really wanted that could help me, and others didn't know how to offer. I've been on the other side of it too, saying the wrong things, being afraid to reach out (that magical thinking thing DON'T ATRRACT DEATH!) and been frustrated when nothing I could do could help (most scarring- with my own mother whose grief ran so deeply that I pretty much lost her for about 5 years).

Because of this, I think we should open up a conversation about it to make things easier. Want to talk about death, grief and grieving? I'd love to meet you for coffee or lunch. Have a story to tell about a loss? I'd love to read or hear it. There are several friends of mine who want to hear and share those stories too. I think they need to be told and that we can create a courageous space to share ALL of what they entail-from the sadness, to the absurd, to the (yes) humor that can attend death, and wild frightening moments of emotions that fill us up so much we can't but pour them out in deep and powerful tears.

Let me know if you are interested. They may be darker stories, but the deserve, and I'd say demand, to be told.