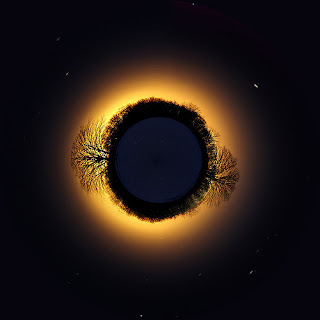 Homeostasis, how we cling to it. Defined by Websters as a noun, "a relatively stable state of equilibrium or a tendency toward such a state between the different but interdependent elements or groups of elements of an organism, population, or group"

Homeostasis is one reason why it is hard to lose weight, stop smoking, get your finances back in order, figure out a marriage, change from meat eating to veganism while in a relationship with a meat eater and more. We like things to stay they way they are, even if the way things are doesn't really work. The pain of the known is often so much more comfortable than the pain of change, of exposure, of the unknown.

And that's just you on your own trying to change. Imagine when it's a system of two or more people.

Like...say you are in a long term partnership and both of you are a little overweight and out of shape. You all joke about it, talk about change, but usually do the same daily routines. You decide affirmatively to lose weight and start eating very healthy and get up at 5 am to go running. Your partner, who may have been excited in theory, complains about the early hours. Or decides to take up baking. Or wants to celebrate at your favorite bars (that don't really serve your newly found diet food).

Your partner/family might be balking for various reasons. 1) fear you are gonna get all "hot" and leave. 2) Pressure to also get up in the morning and run. 3) the kids are annoyed at the new food in their lives. All of these deserve examination.

A lot of fear is bound up in attachment. YOU WILL LEAVE ME! MOM IS CRAZY!

It doesn't have to just do with weight, of course. Stopping smoking or say...taking up a new hobby...like maybe all you do with your partner is watch tv and then he starts taking karate/improv/art/wine-tasting classes. He's out a lot. He has new friends. He wants to hang out with them. You resist, for no apparent reason. You feel jealous maybe. He likes them more! YOU WILL LEAVE ME! I WILL HAVE TO TAKE KARATE AND DRINK MERLOT!

Thing is, you are seeing your partner as HIMSELF. Not your partner as the other half of you, some sort of mergedglombedupUSNESS, but your partner as separate, different, alive and singular. And seeing a person without you, in their realness and in their notpartofyou-ness...well that can be scary on a number of levels.

For one thing it makes you look at you as YOU. And it's always so much easier not to do that right? ;) So if he is HIM where does that leave YOU? Not in the USALLTHETIME with your problems that work. The problems that are comfortable and easy.

Sometimes both people will figure it out. Re-balance. Both people will take up running. Or the other partner will also get a hobby. After a few weeks or months of fighting and figuring out.....Sometimes the old balances remains. Or sometimes a new homeostasis is created. Sometimes people break up instead.

Other times, the change is so significant...like sobriety, like open marriage, like illness, like a radical job change, death or such, real cracks in the firmament of the partnership can be shown in a clear light. The job change doesn't change the marriage so much as it exposes the problems that were happily hidden within the homeostatic system. If the real problems (problems that worked while the original system was in place) are truly deal breakers, only hidden for years...the exposure of them due to the new change can be fatal to the system. Or life threatening at least.

People will blame the "new thing" for the failure of a marriage. Maybe it's a factor, but maybe it also just exposed issues. Getting clean or stopping hoarding or getting treatment for depression, or having an ill parent live with you, or graduating, or open marriage....all those things change the landscape, expose the issues.

And while of course constant chaos and change isn't a good thing (though if it's constant perhaps that in and of itself is a kind of homeostatic system....), I think it's much more important to live that examined life. To risk vulnerability and pain and fear rather than sink into a dysfunctional inertia. Change happens. How we respond to it (hopefully with courage and compassion for ourselves and our partners, work mates and families) is the most important thing of all.