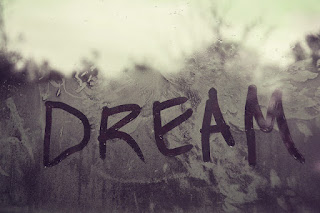 I, for some reason, have been having intense dreams about my mother. For those not in the know, she resides in a local nursing home and she has Alzheimer's, or some sort of stroke related dementia. We've been managing her decline for the past 7 years or so and in the last two, she has diminished significantly, to the point where she remains in a wheelchair, wears diapers, has ceased to speak, and needs help eating.

So I dream about her monthly. Sometimes the dreams are innocuous. She wanders through, or we have a conversation. I've had a few where I realized she'd died and I was so relieved. Another type is that she's normal again, and I realize I'd made a terrible mistake with the nursing home.

I had one of those last night, realizing that while she visited me (in the dream) she didn't take her meds and thus came back to herself, only to fade away again at the nursing home. This one last night was more intense though, as during her cogent period, we'd had a few important conversations about my father and we laid together on a bed and she held me. I railed at the nursing home staff, trying to get them to change her medicine.

This dream came on the heels of one earlier in the week, where my mother came to me and told me, quite rationally, that she'd been looking on the internet and she'd found a man who could come and kill her. She'd paid him and she was looking forward to dying. I was upset, and I think it's because I knew that I couldn't do what she was paying this man to do.

My child's mind wants to believe these are messages to me, from her during dreamtime. That she is seeking a way to connect to me, tell me what she needs, and perhaps there is some of what makes Barbara herself, still in there.

I suspect though, it's just my mind, picking at a scab, trying to untie a Gordian knot, putting together a puzzle with pieces missing. Pick your metaphor. Guilt, shame, sadness, anger, pity, love are all mixed up in cases like these. Nothing easy about it, not one thing. Nearly every encounter is imbued with meaning, rational and irrational both.

I went to her today, after my dream, and sat with her. Holding hands, I told her that she could keep telling me whatever it was she wanted to tell me, that she deserved to rest when she was ready, and then I hugged her and she exhaled in a deep heavy breath that seemed to be in answer to my words.

Or maybe not. That's the thing. It's impossible to know.
Labels: Personal