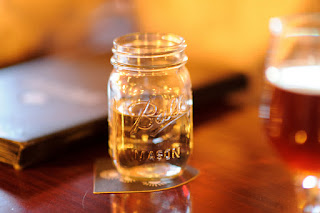 Last night I slept and I dreamed about seemingly mundane things. Sitting in a theater, buying ballet flats, the parking lot of the Winn Dixie near my childhood home. Dreams are funny. Mostly I think that dreams are just some kind of garbage removal/processing system, clearing out the detritus of the day. Sometimes though there will be a narrative there that is likely messaging from some darker deeper level of consciousness. I don't know if there were many messages last night, except that I sit in a lot of theaters? Or that yes, I need some ballet flats and looked them up yesterday online for a show I'm in currently.

I'm not sure what the dream about the parking lot was about. It wasn't a happy dream, I know that. Most of the dreams I have about my childhood home (either my mother's or my aunt's house) are dangerous and dark. With my mother's house, it is usually about burglary, me not being able to lock the house up correctly, realizing that the windows or doors were left open, not being able to stop an intruder. With my aunt's house, there is always this one room that is filled with a spectral presence who is in no way happy to see me. The dream is filled with me being attacked by a vibratory force. It is a terrifying feeling.

After the dreams, I was outside this morning, and for some reason I was struck with a sense memory of what was it...three years ago? Was it that long? Of being in Athens, Georgia to help my mom get through colon cancer surgery and move her back to Austin, as the Alzheimer's was making itself well known. I suppose I wrote some about that at the time, but I didn't have much computer access. It's so weird. I can feel the feelings all over me like they were clothes. The feeling of humid Georgia mornings, my exhaustion, the dread I would feel driving from her home to the hospital. The smell of her car, now it's my car. The realtor's cell phone music. The animal look in mom's eyes. Waking at night on the cot in her hospital room, to the sound of her swearing and tearing out her IV. Blood.

The amount of anger released from her in that year was profound, and I'm afraid I was her only focal point. It was a terrifying three weeks. Her surgery, though successful, was damaging to both of us. She developed clots and had to be readmitted. She had to have blood draws and transfusions and this made her rage and cry and act in a way I had never experienced. She was flying off the planet, mentally speaking, and I was her only tether.

No one else volunteered to stay with her during the night so that I could get some rest. I packed the house during the day. My cousin did come down and help a bit, which I appreciated. We talked at length and she'd say, "I have no idea how you made it after your dad died. I have no idea how your mom raised you she was just so gone. I was so scared for you." I had no idea at the time. I couldn't remember anything about that period in my life but school and music.

I'd walk in the mornings and listen to the cicadas. There was a beautiful neighborhood near the hospital and I'd walk there and look at the old homes.

I'd bring a mason jar of cheap chardonnay into the hospital room every night. I took xanax and nyquil. I'd wake in a haze and realize it wasn't a healthy thing. I couldn't stand feeling, though. My heart raced constantly. I can't even think of Athens anymore without feeling the dark over the sunny days. Like that terrible 80's show, Tales From The Dark Side, you know the opening? Where the pretty scenes of streets and forests and fields gets horribly shadowed with cheap effects and atonal music? That's that three week experience for me and even now, remembering the town, it takes effort not to let the twilight move in.

I do remember some things from after my father died. Mostly how sad and angry she was about everything. I think she was broken, irrevocably by his death. She faked it out better and better into high school, but she was not happy, not really. And it is kind of amazing, in a way, that I survived and in some ways (at least by any external judgment) thrived. I made good grades, I found theater and was constantly in shows. I got into college. I had good friends and I even dated. But I think, looking at myself now that the experience of her scarred me in some pretty fundamental ways. I didn't think about it much how she affected me. When I'd look back on it I'd always grieve my father and I'd completely overlook her influence, her anger. That was probably a mistake.

I think the cancer, and the dementia, let all that anger right out her, right at me. And it's kind of amazing that I survived that too. Kept my job and got promoted. The marriage didn't fall apart. I even wound up moving into more and more complex theatrical pursuits. Kinda funny, that. I wonder if my youthful interest in theater was less a calling and more a defense mechanism. Maybe that's all it was. Some place to pretend and be happy and feel things as deeply as possible in a safe way rather than having to feel all the completely unsafe feelings I was having on a day to day basis.

I hope its more than that. How could something that feels so real and that I'm actually good at, just be basically a set of water wings, a pacifer, a mason jar of wine. Maybe it's both. But I have to wonder, given that much of my desire to perform was born from one of the darkest periods of my life (not that I knew that at the time), that maybe it had less to do with drive and more to do with needing a place to heal.

It's part and parcel of me, in any regard. The goal now would be to pursue it consciously and without using it as a hiding place, but as a place to truly let myself see and be seen.