Sounds like a children's book. So I think I've mentioned that we had an outbreak of roly polys about two weeks ago.

Here is a lovely link to a picture of them rolled and un.

I wanted to show some photos of the absolute waste they laid to the carrots I put outside, just because I'm amazed at how quickly they ate them, and also because I'm seriously fond of all the bugs at this point, so much so that as they eat one carrot I put out another. 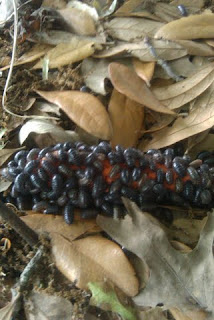 Then I knocked them off a few days later and found this mangled thing. 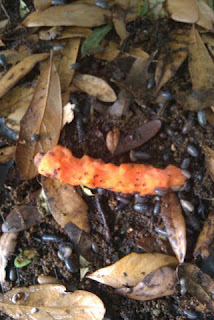 And a close up view so you can see all the divits. Those babies were hungry. 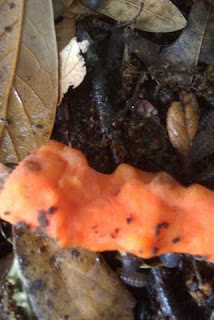 The next day it was a mere sliver and then finally was gone. So I put out a new carrot.

Lucky bugs. Maybe I should write a book.